Santa Gema is an Italian saint born near the town of Capannori, on March 12, 1878. During her life, she was a young passionist and mystic, and today she is venerated as a saint by the church.

Generally, prayers are made to Saint Gema Galgani to ask for the recovery of people’s health and to remove the suffering of those who suffer pain due to some physical event.

After the church beatified Gema Galgani, many prayers began to appear and others that had already been created, became extremely popular among its most faithful believers.

Today, the prayer to Santa Gema is prayed by a large number of faithful believers around the world, this with the intention of requesting various types of favors, most of them related to improvements in someone’s health.

Also the prayers to Santa Gema are widely used by pharmacists, students and paratroopers.
To ask for your well-being and to have the best performance during your activities.

“Dear Protectress of those evaluated, oh Saint Gema Galgani.
You, who received such clear intelligence and happy memory from heaven,
That you always occupied the top positions in classes,
That you managed to achieve the highest grades
And that you received extraordinary prizes;
But still, you expressed the most tender love for your neighbor,

You were distressed and felt the pain and suspense as your own
Of all that person who had the honor to surround you.
Now that you contemplate from heaven, my carelessness and negligence,
In the fulfillment of my school duties;
Please, obtain for me the forgiveness of the Lord, who humbly implore you,
That I know how to straighten my knowledge
May God give me his glory and sanctify my soul,
May I keep my intentions straight,
That serenity my nerves;
So that in this way, you can get brilliant grades,
Bind to me your protection and your great abilities,
Let me be effective in everything I propose,
Bless me now and always, forever and ever.
Amen.”

This is one of the prayers that students often use, to ask Santa Gema to help them in their evaluations and give them the ability to obtain the best of results.

Who was Gema Galgani?

Gema was the daughter of an Apothecary, her mother died when she was still 7 years old and later her father passed away when she was 18. She helped her aunt raise her 2 younger brothers.

Years later, Gema moved with a family that had hired her as a housekeeper to the city of Lucca, where after spending a few years she would found the congregation that bore her name, “Hijas de Santa Gema”.

Throughout her life, she was characterized by being a faithful believer in Christ and by her love for the Eucharist. She became very famous among believers and the church due to her constant visions of the Guardian Angel.

She was also well known in life due to her passion for helping others and for her incredible love for religion.

She died of tuberculosis at the age of 25 in the same city of Lucca, in 1903. In 1933 she was beatified by Pope Pius XI, in the Basilica of Saint Peter.

After her beatification, she was canonized by Pope Pius XII in 1940. In this way, she became the first Saint of Italy in the twentieth century.
This saint is venerated by the Catholic Church during several days of the year, which are:
• April 4.
• April 16th.
• May 11.

These are the main days in which the parishioners and lovers of this Saint, gather to give her their prayers. 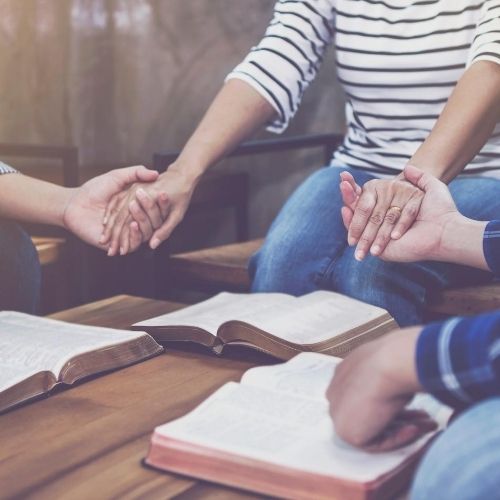 Hello and very welcome to Sacrabiblia.com
On this website we are passionate about publishing original prayers and solving your Christian doubts, as well as the best tips for studying the Bible.